Coinbase Inc., one of the leading crypto exchanges in the US recently revealed that the Securities and Exchange Commission has threatened it with a lawsuit over an unreleased stablecoin lending service, which according to SEC qualifies as a security. The exchange claimed SEC had offered no clarity on what makes these lending products security despite them trying to communicate with them for over 6-months. Now another crypto lending service has joined the ranks that might face the wrath of regulators.

After months of trying to engage with the @SECGov on our planned Coinbase Lend product, we recently received notice that it intends to pursue legal action against us. We believe dialogue is at the heart of good regulation, even if the SEC may not. https://t.co/OumvyTPQdj

According to a filing on September 16, the Securities office of Alabama issued a show-cause notice to Celsius, a popular crypto lending platform asking them to clarify why their offerings don’t violate states security laws. The recent show-cause notice precedes action taken by two other states namely Texas and New Jersey. 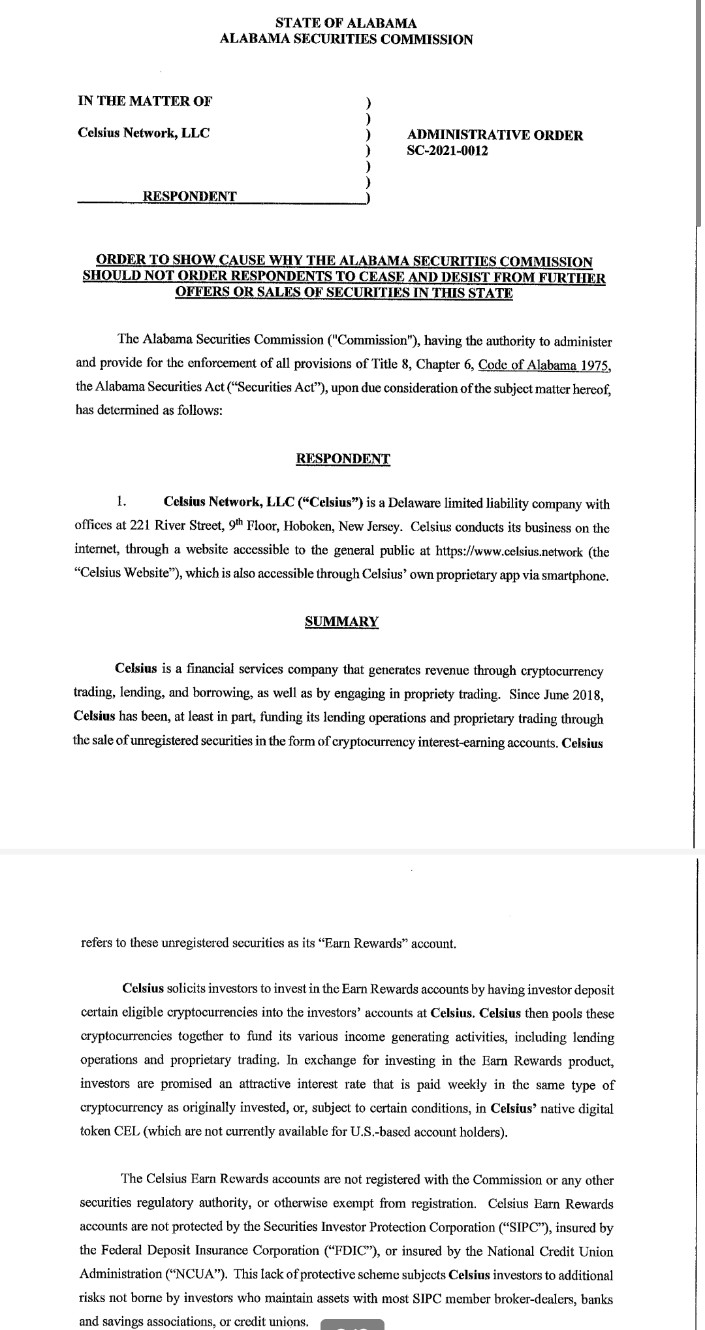 As per the notice,

The Alabama office has sought answers to the crypto lending platform as to why its products are not registered under the State’s Securities Act.

US Set for a Regulatory Showdown

The debate around Security regulations in the US has hit a peak owing to the ongoing XRP security lawsuit along with the recent regulatory warnings to two other crypto lending platforms. Many US lawmakers themselves have claimed that the existing security laws are not clear enough to govern the crypto market and have sought better clarity from the Security regulator SEC.

While Coinbase and the majority of the crypto proponents believe SEC is trying to protect banks that offer minimal interest rates on their lending and the crypto lending services could prove to be a threat for their business. On the other hand, SEC refuses to offer clarity on what qualifies as a security. The ongoing outrage against SEC’s policies could trigger a regulatory showdown in the US.

An engineering graduate, Prashant focuses on UK and Indian markets. As a crypto-journalist, his interests lie in blockchain technology adoption across emerging economies.

Graph Token Price Soars 38% Today; Is It Too Late To Invest?

Where Is Terra Founder Do Kwon? Here’s Details

Fearful US residents in Afghanistan hiding out from Taliban