The South African DJ and producer won in the category Best Dance/Electronic Album for Subconsciously.

Accepting the award alongside him on stage was his eldest son, Esona. 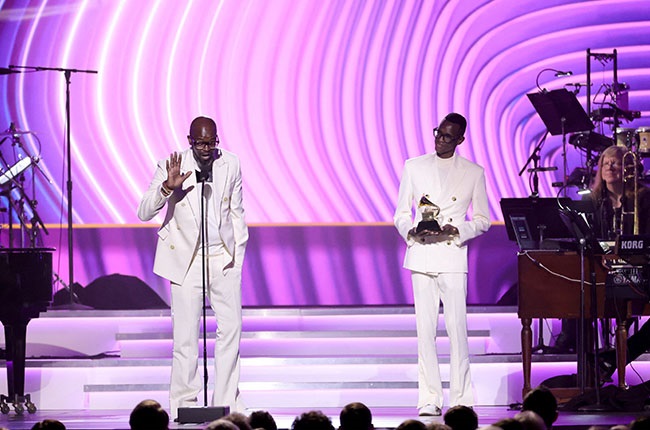 “I want to thank God for the gift of music and being able to share it with the world and heal souls and help people go through whatever they’re going through in life,” he said during his acceptance speech.

He also thanked his team, everyone who worked on the album, and his fans.

Turning to his son, he said, “this is my first one [win] tonight. I have five more [children] at home. I am coming back with them.”

In a post win interview Black Coffee gave a special shout out to “the African kids who are watching who come from where I come from who think they don’t have a chance.”

“I wanted to just say to them it’s possible; the award is not just for me; it’s just to show them,” he said.

READ MORE | All the winners at the 2022 Grammy Awards

We live in a world where facts and fiction get blurred

In times of uncertainty you need journalism you can
trust. For only R75 per month, you have access to
a world of in-depth analyses, investigative journalism,
top opinions and a range of features. Journalism
strengthens democracy. Invest in the future today.

ANALYSIS | Russia’s war with Ukraine: Five reasons why many African countries choose to be ‘neutral’ | News24

ANALYSIS | Russia’s war with Ukraine: Five reasons why many African countries choose to be ‘neutral’ | News24