A photographer from Tofino, B.C., was able to capture the rare appearance of the northern lights over Vancouver Island on Wednesday evening.

Alex Taalman says he was in Grice Bay specifically to try to photograph the natural light display when he was fortunate enough to grab a few shots.

“It was really, really beautiful,” he said. “Lighting up the sky more than the eye could ever pick up, and it was absolutely breathtaking.”

Taalman says he chose Grice Bay as his shooting spot because he thought the water in the foreground and mountains in the background would make for a nice photo. After he arrived, he says he noticed a glow coming from the mountains.

“So I decided to take out my camera and realized after I took the shot that it was a lot more than just a green glow, it was the reds and purples and greens cascading over the mountains,” he said.

Taalman says he captured a few shots that were mostly red and purple in Grice Bay before moving on to the Tofino harbour, where the lights gave off more of a green hue over Meares Island. 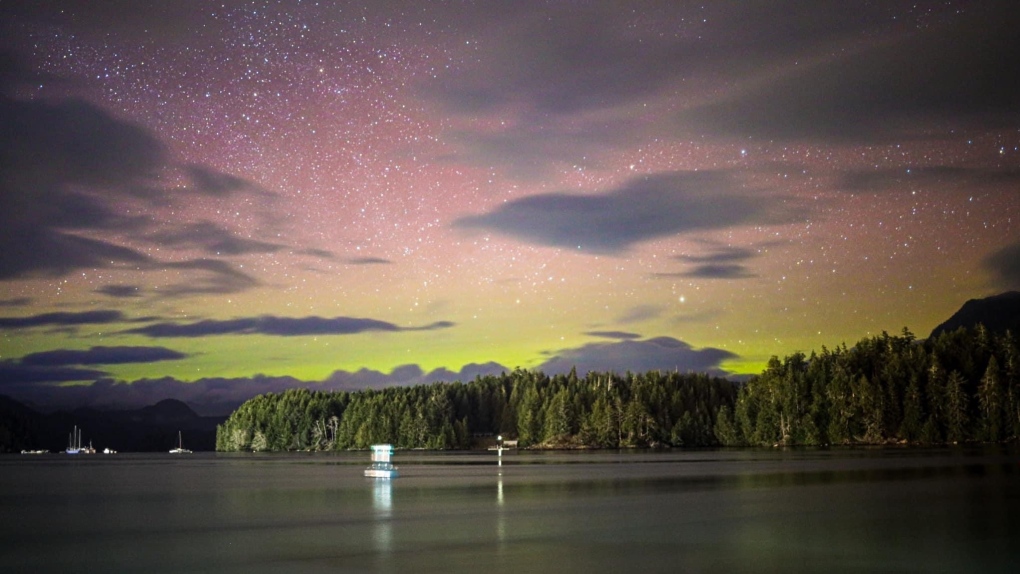 “It’s insane,” he said. “Colours beyond what I expected.”

The photographer says he plans to go out again tonight to try to capture more photos.

He was out between 10 p.m. and midnight Wednesday, with the best time being around 11 p.m., according to Taalman.

He hopes to be out “all night” on Thursday to see “what mother nature does.”