As his shambolic forces beat a humiliating retreat from the west of Ukraine, the full scale of the slaughter they have left in their wake is emerging.

Mass graves. Women gang-raped and murdered. Civilians, including children, tortured, mutilated, tied up then casually executed. Bodies discarded in the street like yesterday’s rubbish, some even booby-trapped with mines.

How proud the millions of Russians who back Putin as their strongman must be of “soldiers” whose genocidal atrocities are indistinguishable from those of the Second World War Nazis they once helped to defeat.

Some western leaders may mistake Volodymyr Zelensky’s improbable success in turning the bloody tide for an excuse to ease off on sanctions against Moscow and military aid for Kyiv. 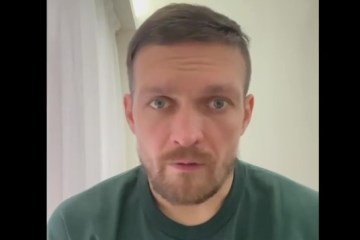 They would be wiser to follow Boris Johnson’s clarion call to seize the initiative, as all eyes now turn to Ukraine’s east, where the atrocities are thought to be on a still more sickening level.

We stand four-square behind the PM in wanting to give Zelensky the firepower he needs — including tanks — to crush Putin’s rabble of psychopathic cut-throats.

WITH an energy crisis taking a wrecking ball to household budgets, ministers squabbling over wind turbines is as fruitful as two bald men fighting over a comb.

No solution will please everyone, and little in the Government’s much-delayed energy security strategy this week will defuse our cost crisis in the near future.

But it is crucial that it puts the UK on course for a diverse and self-sufficient energy supply in the decades ahead.

Most importantly, when a direction is set, stick to it, and crack on with it.

We find ourselves in the current mess partly because of successive governments’ dithering and lack of will. It is imperative future generations are dealt a better hand.

IF quantitative boozing isn’t already a term in economists’ lexicon, it should be now.

New figures show beer sales, which nosedived during lockdowns, rebounded last year to almost pre-pandemic levels, with Brits necking an extra 1.1BILLION pints to gladden the hearts of struggling pub landlords up and down the country. 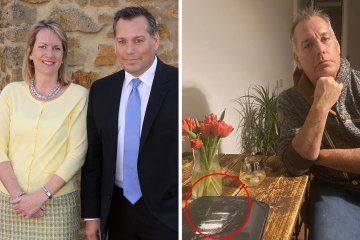 And with fewer restrictions this year, along with a World Cup, there’s nothing to stop us boosting the nation’s GDP (Glugged-Down Pints) even further.

Rebuilding the economy pint by pint is a tough task . . . but someone’s got to do it.