Five things to watch for at the Grammys | Channel


Las Vegas will host the Grammys for the first time ever
Sunday, one year after the coronavirus pandemic forced organisers to shake up
the broadcast with a cabaret-style show heavy on performances.

Music’s most prestigious awards ceremony comes with the entertainment
world on edge, just a week after a shocking twist at the Oscars that saw Will
Smith slap Chris Rock onstage over a bad joke.

The incident is sure to prompt stiffer stage security and
script vetting in Sin City, but there’s always a little room at the Grammys for
things to get… weird.

Here’s a guide to the event, which comedian Trevor Noah will
host:

Two years after Billie Eilish cleaned up the “big
four” prizes – Album of the Year, Song of the Year, Record of the Year and
Best New Artist – viral pop sensation Olivia Rodrigo has the chance to do it
again.

The former Disney channel actor – who posted record-breaking
streaming numbers last year during her explosive ascent to pop’s upper echelons
– has a total of seven nominations, including in all four of the most
prestigious categories.

Rodrigo, 19, is among a coterie of pop stars, including
Justin Bieber and Doja Cat leading this year’s nomination pack.

The drivers license singer is also slated to
perform, as are a variety of acts, including BTS, Billie Eilish, Lil Nas X,
H.E.R. and nominations frontrunner Jon Batiste.

Kanye West, whose legal name is now Ye, released an album
both this year and last, but it’s his questionable behaviour that has made him
music’s chaos agent at large.

He scored five nominations this year, most for his album
Donda – and will face off with long-time nemesis Taylor Swift in
the best album category, where she has her sole 2022 chance at Grammys gold for
“evermore.”

Neither are necessarily favourites to win the coveted prize.

But ever since West’s infamous “I’mma let you
finish” stunt at the MTV Video Music Awards in 2009 – when he walked
onstage and interrupted the then 19-year-old, who was accepting the award for
Best Female Video – all the world’s Ye’s stage.

For weeks, the mercurial West has been airing personal
attacks on comedian Pete Davidson, who is dating West’s ex-wife Kim Kardashian.

The Recording Academy had reportedly removed West from the
performance line-up over his sometimes-troubling behaviour, but some sources
said he could still join the line-up at the last minute.

And in any event, he’s still invited to the ceremony. Even
with seven-second broadcast delays and bleeps, if the Oscars taught us
anything, it’s that anything can happen.

3. Will the Carters show?

When the Grammy hopefuls were announced in November, rap
mogul Jay Z became the most nominated artist in the show’s history, with 83.

He was previously tied with legendary producer Quincy Jones,
who had 80.

So far, the rap billionaire from Brooklyn has 23 gramophones
to his name.

But he’s never won in a major category, a similar issue to
Beyoncé’s, who, despite holding a Grammy record for most wins, has only
triumphed once in the “big four” categories.

The Recording Academy faces perennial criticism that it’s
too white and too male and that it relegates Black artists to rap and R&B
categories while refusing to reward them with the top prizes.

In 2018, Jay Z was the frontrunner with eight nominations,
but didn’t win a single award.

Needless to say, the couple skipped the 2019 ceremony – and
took home a single award, for Best Urban Contemporary Album.

Whether Jay and Bey will deign to show up Sunday in Vegas
remains an open question. 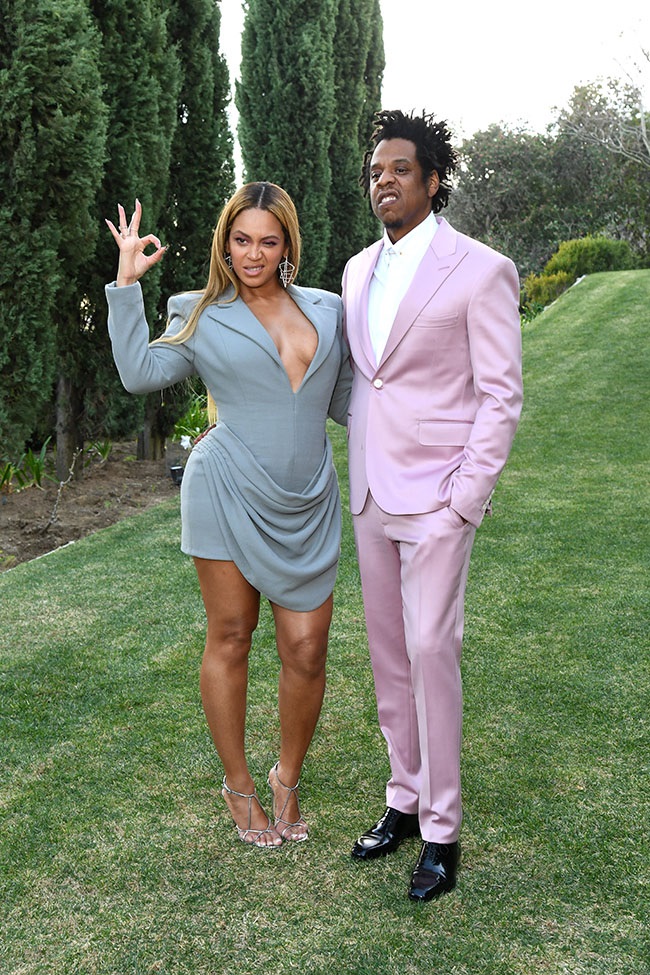 The perhaps improbable duo of Tony Bennett and Lady Gaga are
riding the success of their second duet album, “Love For Sale,” which
earned six nominations.

It was the 61st and final studio album of Bennett’s career.

In 2014, the now 95-year-old became the oldest person ever
to reach number one on the US album sales chart through a different collection
of duets with Gaga, who became his friend and touring companion.

The iconic crooner recently revealed he’s been diagnosed
with Alzheimer’s disease, a condition he kept under wraps for years.

Bennett has stopped touring, but it’s not impossible that he
will appear Sunday at Gaga’s side.

In the ever-eclectic Best Spoken Word Album category, which
includes poetry, audiobooks, and storytelling, Barack Obama once again has the
leading chance to win what would be his third Grammy.

The former president is up for his autobiography A
Promised Land, two years after his wife Michelle bested her competition
to take home the prize for the audiobook of her memoir Becoming.

Obama – who won the award both in 2006 and 2008 – faces
competition from Dave Chappelle, Don Cheadle, poet J. Ivy and LeVar Burton, who
is set to host the pre-broadcast ceremony.