IT looks like us football fans will finally get a say in the running of our clubs.

The Government have undertaken to try to implement all ten of the key recommendations of a fan-led review into English football.

That review was the work of the Conservative MP and former minister for Sport Tracey Crouch, and we should salute her efforts.

Now let’s see if they actually become law and make a difference.

We must make this work — for the good of the game, fans, our clubs, even for the safety of owners increasingly feeling the wrath of supporters. 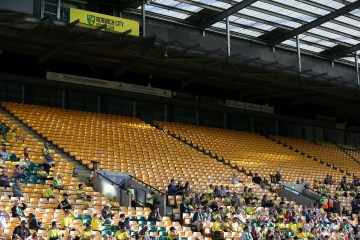 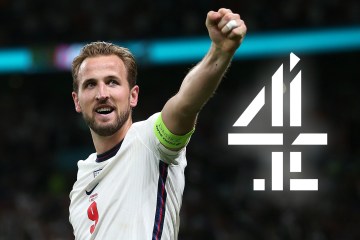 Fans can only be taken for granted and ignored for so long before things get ugly.

There are 85 league places between Manchester United and Oldham Athletic but only 11 miles as the crow flies.

And they are closer still in the despair fans feel about the owners of their respective clubs.

Both have now seen matches cancelled or disrupted — just this weekend, in Oldham’s case — as that despair has turned to anger.

Carry on as we are and we’ll see more of this every season.

Fans must be able to have their say.

It looks like we — or rather, our representatives in the club’s hierarchy — might get a veto on stuff such as whether to sell a stadium or change the team’s crest or colours.

However much — or little — input we get, it will likely be better than what we have at that moment, which is next to nothing.

The biggest question of all is who, if anyone, can stand in the way of the wrong people taking charge of our clubs.

As it stands, we as fans are powerless. This is critical.

While managers and coaches come and go, the owner you are stuck with.

Where we are now with these proposed reforms reminds me of a coach on the morning of a match who’s worked all week on a meticulous gameplan and is now about to find out if the opposition is going to come along and stop it working.

The opposition in this case? The big business that is football.

The proposal is for an independent regulator to keep football clubs — that is, football businesses — in line.

I don’t wish to be cynical but let’s ask ourselves how successful regulators have been at keeping other industries in line.

For an answer, it might be a good place to start with how much untreated sewage your water company’s regulator is allowing it to pump into rivers and the sea. Yes, exactly.

An independent regulator for the game which will also oversee financial issues.

A ‘golden share’ to give fans a say on ‘heritage’ decisions such as moving stadiums and changing badges.

A ‘shadow board’ allowing fans to be properly consulted on key decisions.

Women’s football should be treated with parity.

Corporate governance to be in a new Football Code.

Welfare of players leaving the game must be better protected.

If it was straightforward to keep a wrong’un from taking over your club, there would be no wrong’uns running our clubs.

But there are — even though we already have so-called “fit and proper person” tests already in place to stop this happening.

A key problem is that football clubs aren’t rational businesses.

Yes, Premier League clubs get bags of money from shirt sales and a fortune in TV money.

But their outgoings are monstrous.

Consider one player, at one club — Jack Grealish at Manchester City.

He cost them £100million to buy and they will pay him more than £70million in wages over the course of his contract.

The numbers are bonkers and it’s actually very difficult for the clubs to make a profit.

In order to succeed, they often run up huge debts, as Barcelona have.

So why would anyone want to own a club? Well, here lies the problem.

Arguably, no rational person would. So you’re left with people who are up to something else.

To be fair, they might simply be good souls who love the game or the club and are happy not to make money from it.

Or they could be plain daft.

Or their motivation could be to improve the reputation of, for example, a fabulously wealthy country with a terrible human rights record.

Or the standing of a fabulously wealthy person who happens to be a terrible human being.

Or maybe they’re a group of faceless, wealthy individuals who’ve worked out how to use some complicated financial instruments to make a quick buck out of a club.

And if that process leaves the club in tatters, then so be it. What do they care?

The only stake they ever had in it was financial. Emotion never came into it.

The idea is to have a regulator that can stop these kinds of people from having their wicked way with our beloved clubs.

That would be great.

But the problem is that these kinds of people tend to have much more money to spend on lawyers than anyone trying to stop them.

Sorry if I sound cynical here, but I’m presently sick of football — ironically, for reasons not entirely unconnected to the present ownership of my club, West Bromwich Albion.

But the answer for us all is to get behind these new ideas, making sure the Government follow through — and then perhaps our clubs might after all be preserved for their fans, be they rich or poor, and the communities they are there to serve.

Bruce Cockburn honoured in his hometown