ALARMING news from the lab. It seems that eight out of every ten people in Britain now have plastic micro-particles floating around in their bloodstream.

We’ve been told that these particles are harmful in the sea and in the fishes that live there.

But finding them in our own blood has caused people to rush about screaming.

I’m not especially worried though, because even if I do have a bit of plastic in my body, Katie Price has more.

And she seems to be doing OK. 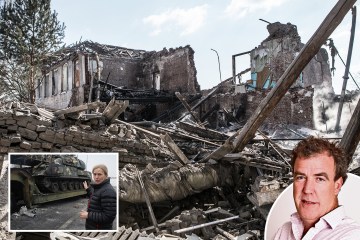 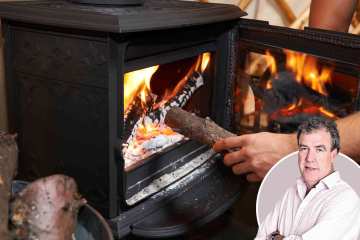 WE are no longer allowed to say that you can tell what a person is like just by looking at them.

The younger generation say it’s racist to do this, or homophobic or anti-trans or something.

However, I only had to have one glimpse of Russia’s Colonel-General Mikhail Mizintsev to know that he’s definitely a wrong ’un.

And it seems that my first impressions were right because this is the man who ordered the total destruction of a Ukrainian city’s maternity hospital, children’s hospital and drama theatre.

And it was the same man who razed the city of Aleppo to the ground in Syria.

And when he ends up in court, as he surely must, it’s no good him saying he didn’t do it.

Because we can see your weird face, matey boy. And you’re as guilty as hell.

A CHRISTIAN couple who found their male dog humping another male dog immediately decided that it was a homosexual and dumped it at a shelter, saying they wanted nothing to do with it.

Its stay at the shelter was short-lived, however, because it was soon taken home by a gay couple who’ve named it Oscar, after the gay playwright Oscar Wilde.

What’s the matter with these people? It’s not gay. It’s a dog, and all dogs, when they’re in the mood, will hump whatever comes to hand. People. Furniture. Trees. Anything.

I think the problem may be that the people who got rid of the dog because they thought it was gay, and the people who took it in, for the same reason, are . . .  wait for it . . . American.

ALL week, people have been reeling in shock from the news that P&O Ferries fired 800 workers in a Zoom call. And then replaced them with cheap foreign labour.

Me though? I’m reeling because I didn’t know car ferries were still a thing.

They could enter a sad dog that spends four minutes howling and they’d still be triumphant.

I was going to say at this point that you could make even more by betting on the UK coming stone-dead last again.

But this year, I reckon that dubious honour will go to Russia.

Even if they aren’t allowed to take part.

SO, on Monday morning, I woke, bathed in sweat and with a raging sore throat.

I felt terrible and was sure I’d succumbed to a second bout of Covid. Just like everyone else at Diddly Squat Farm.

I therefore took a lateral flow test which said I was negative. And then another, only this time, I rammed the probe so far down my throat, I felt like Linda Lovelace.

And so far up my nose, I actually collected a few ounces of brain matter. And it still said I was negative.

I therefore did a more thorough PCR test which came back three hours later saying I was clean.

This was impossible. I felt awful and by this stage was coughing up what looked like lumps of coal. I HAD to have Covid. It was so obvious.

I therefore did two more PCR tests and both were resolute: I didn’t.

This worried me because if it wasn’t Covid, what was it?

There are reports out this week that some people in Britain are assuming a persistent cough is Covid when in fact they have tuberculosis. Maybe I had that. Eek. 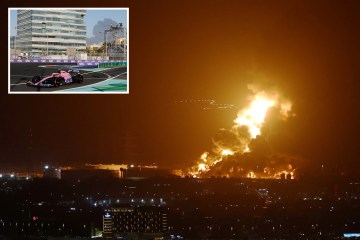 I therefore went into my sitting room and found an old medical book on the shelves. I blew away the dust and leafed through the pages, trying to work out what I had.

And it seems I have an ancient affliction which hasn’t been heard of in the UK for years. It’s called a cold.