ON July 1, Princes William and Harry are due to unveil a statue at Kensington Palace dedicated to their late mother, Diana.

The ceremony, to mark what would have been the Princess of Wales’s 60th birthday, will “recognise her positive impact”.

It is such an uplifting and hopeful thing for the two brothers, especially because they lost her at such a young age  and formed a strong bond as they grieved together.

In most families a coming together like this would be a time of quiet respect and a chance for reconciliation between any members who have fence-mending to do.

But given that, so far, every event in Harry and Meghan’s lives which should have been positive — their wedding, the birth of Archie, their home at Frogmore — has somehow turned into a major row, I wouldn’t bet on it. And that’s such a shame.

Their latest example of turning something positive into a negative comes in the naming of their baby daughter, Lilibet. Hot on the heels of that  Oprah interview, and the Royal Family’s response to Harry’s desire to “speak his truth” at every opportunity, you would think the Duke and Duchess of Sussex would try to avoid yet another family row, rather than actively provoke one.

But given that Buckingham Palace has not backed the couple in the debate over whether they sought the Queen’s permission to name their daughter Lilibet — Her  Majesty’s highly personal  childhood pet name (have you known any other Lilibets?) — it’s very hard to see their decision as anything but  inflammatory.

If they had wanted to pay homage to the Queen, they could have called their baby Elizabeth, Lili or Lilibeth.

Instead, they decided to hijack a very intimate name for the most important woman in the country.

And if the Palace briefing is true, the couple did not first ask her permission.

So why on earth did they do it?  The simplest explanation is that it is a peace offering, albeit misguided, and an attempt to keep them close to the Royal Family when they are very far away, physically and emotionally.

But it does look a bit as if they are appropriating the name, which is so at odds with their decision to reject so much of what the Royal  Family stands for.

Once again, it seems like Harry and Meghan cannot decide whether they want to be part of the family or not.

And that  really is the root of all of the issues from the past year: They can’t  make up their minds.

It makes me wonder whether they will find a way to turn the statue unveiling into a new drama, to make it into a day that is somehow about them.

I really  hope not. That said, we, the public, might need to stop blaming Meghan for all  of this.

It’s easy to see her as the problem rather than Prince Harry.

Just like the many criticisms that are levelled at the Prime Minister’s wife Carrie Johnson, chief among them that she is “meddling”, there is a sexist element to blaming the wife.

Breakdown of  the family

It can’t be just Meghan engineering all this drama. Harry was clearly a damaged soul when they met and she has helped him in many ways, including helping to create a new family of his own.

But over the past year they have taken things too far and someone in the Royal Family needs to put a stop to this  nonsense before July 1.

Everyone, Harry included, has to accept the part they have played in the breakdown of the family . . .  so that next month’s statue unveiling  is about  paying tribute to their mother  and not just another episode in the Harry and Meghan show.

Her Maj’s sword was the icing on the cake

IT has been the saddest of years for our 95-year-old Queen.

But she showed this week  she hasn’t lost the sense of humour that clearly mirrors that of her late husband the Duke of Edinburgh.

On Friday at the G7 she joked: “Are you supposed to be looking as if you’re enjoying yourself?” To which Boris Johnson replied: “Yes, we have been enjoying ourselves.”

She then attended the Eden Project’s Big Lunch event where, surrounded by bunting which made it look like a scene from The Great British Bake Off, Her Majesty was asked to cut into a gigantic cake.

Our petite Queen started to use a long ceremonial sword to cut into it when an aide said there was a smaller, conventional knife to use. She quipped: “I know there is, this is more unusual.”

When she handed it back to the soldier she managed to make it look like she was stabbing him, amusing onlookers   including Kate and Camilla, who couldn’t stop giggling. 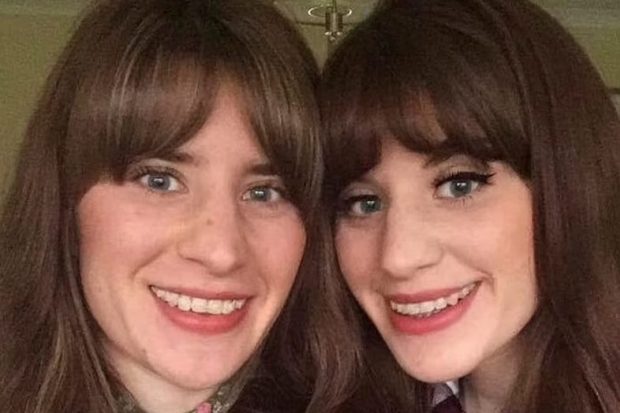 I HAVE so much admiration for Georgia Laurie.

She was  on a backpacking adventure with her twin sister, Melissa, in Mexico and last Sunday travelled to Puerto Escondido on the Pacific coast.

All the photos of them show two young women in their prime, on a once-in-a-lifetime trip. But last week that turned into a nightmare when Melissa was attacked by a crocodile.

Georgia fought the crocodile with her bare hands and saved the life of her sister, who was taken to hospital where Melissa battled for her life and fought off sepsis.

Amazingly, she is now off life support and breathing independently.  I have my fingers and everything crossed for her speedy recovery.

Georgia, if you are reading this, you are a true heroine.

READING Ofsted’s sexual harassment report on “rape jokes” on the bus, pupils being “touched up” in corridors and girls dealing with daily messages asking for “nudes”, I feel full of despair.

How do we protect our daughters from this harmful culture? How do we teach our sons to respect women enough not to harass them?

Harassment is so widespread, the Ofsted report concluded that headteachers should “assume that sexual harassment and online sexual abuse are happening . . . even  when there are no  specific reports”.

That is as disturbing as it is depressing.

When I sat on the All-Party Parliamentary  Group on Social Media, we heard evidence that kids send nude pictures of themselves for a number of different reasons.

They feel pressured to do so, they feel they look good, and because they think everyone is doing it.

And no one is telling boys they shouldn’t act like this, or telling girls they don’t have to respond by sending nudes.

Anyone watching it sees women treated in an appalling way – and for many boys that is their model.

I know we do not like talking about sex. But we are not discussing this issue nearly enough.

Schools need to recruit more staff to tackle these issues head on. The Government needs to hold social platforms to account.

And teachers, parents and peers have to talk to kids about respect, consent and what healthy relationships look like.

NOT A WALK IN THE PARK, REBEL 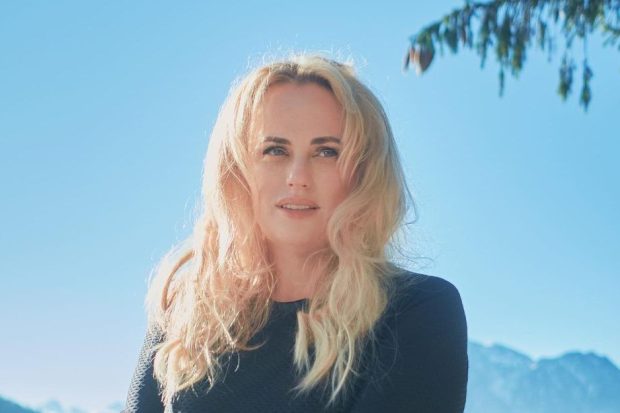 I’m sure everyone  now wants to know how she did it.

In a recent interview, she talked about her “year of health” and said it was regular “moderate” walking, rather than gruelling workouts, that helped her shift the pounds.

Is it bad to say that I find that hard to believe?

I speak as a moderate walker myself, and I don’t think it’s helped me to lose so much as a tenth of what she has,  more’s the pity.

THERE is so much to say about the photos of Dr Jill Biden and Carrie Johnson walking on the beach in Carbis Bay, in Cornwall, during  the G7 summit.

Their matching white flip-flops. How effortlessly stylish and glamorous they both looked in gorgeous dresses.

But the thing that really stood out was the tremendously tousled and impressive shaggy head of hair on baby Wilfred’s head.

Queen was ‘not asked but informed’ by Prince Harry and Meghan Markle to call baby Lilibet, says royal expert

Brilliant player struck down – this, not taking the knee, is what’s important

Move on from the steam age, Mick… or you’ll wreck our railways for ever

Piers Corbyn's crazed theories are to blame for delay in unlocking

How to cook the perfect cicada | CBC News