Cut NHS waste to give care a boost

SAJID JAVID will have £12billion more to chuck at the NHS from Wednesday.

That’s how much hard-pressed Brits will have to cough up when the dreaded NI tax hike begins to bite.

The Health Secretary must immediately start spending it on improving the disgraceful state of our maternity wards.

But England’s health watchdog has found that two in every five maternity units are potentially unsafe.

A staggering 80 out of 193 wards — 41 per cent — are either inadequate or requiring improvement. 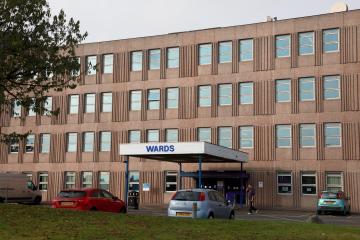 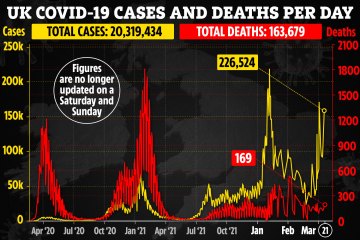 It’s bad enough that second rate managers and a fixation on natural births caused the unnecessary deaths of mothers and babies in Shropshire.

But such deep-rooted and dangerous incompetence in maternity hospitals across the nation is completely unacceptable.

There is clearly an urgent need for a root and branch shake-up of health spending to cut waste and boost care.

Voters are already justifiably furious at having to pay higher taxes during such a painful cost-of-living crisis.

They will not forgive Mr Javid if he fails to fix the NHS.

BORIS JOHNSON is only just beginning to reap the whirlwind of the cost-of-living crisis.

A new poll shows that even the rural voters the Tories have traditionally relied on are deserting the party in droves.

While 46 per cent backed the Prime Minister in the 2019 general election, support has slumped to 38 per cent.

More than two thirds said the Government was doing too little to boost the economy in the countryside.

And Labour is hovering just a few points behind in what are Tory heartlands.

There is only one subject occupying the minds of voters: how to cope with the eye-watering increases in domestic bills.

If Boris doesn’t wake up to this threat it will overwhelm him.

Dire Tory results in the local elections in May are now a racing certainty.

Of course the PM has had to deal with the twin disasters of the pandemic and the war in Ukraine.

It’s not the government’s fault that global supply chains have pushed up prices.

But he and Chancellor Rishi Sunak must do much more to help voters weather this perfect financial storm. Before it’s too late.

This is what humans have learned about sound on Mars

This is what humans have learned about sound on Mars

How is it that after 20 years of failure, our maternity care is STILL not safe?